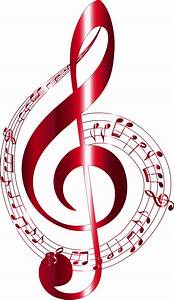 Joshua Lamar Couser of Crossett AR was born on April 22, 2002, to the parents of Derrick and Teresa Couser. He departed this life on Thursday, January 16, 2020, in Crossett AR. He was preceded in death by his maternal grandparents: Dorothy Hendrix and Rufus Minniweather and his paternal grandfather: Milton Couser, Jr.; his great-grandparents Robert and Mary Lee Hendrix, Curly Daniels and Louise Couser; one uncle: Robert Martin, Sr.

Josh as known by many, loved music and just having fun. He loved his family and friends. Josh accepted Christ at an early age and was a member of Pleasant Green Missionary Baptist Church. Josh received his Chef license at the Job Corp in Little Rock AR.

He leaves to cherish his memory: his parents: Derrick and Teresa Couser of Crossett, AR; one goddaughter, three sisters: Ashley, Iesha, and Deresa Couser all of Crossett, AR and one brother: Antonio Minniweather of Crossett, AR; grandmothers: Cora Couser and Beulah Daniels; his godmother: Jennifer Daniels; a special friend Khadijah Brown, Youth director: Ebony Woodworth, a host of aunts, uncles, cousins, and friends. Also the youth of Pleasant Green MBC.

Funeral service will be held at 11:00 AM, on Friday, January 24, 2020, at the Pleasant Green Missionary Baptist Church in Crossett, AR.

Visitation will be held from 1 until 7 at the chapel of Mitchell Memorial on Thursday, January 23, 2020.

Burial will follow in the Westview Cemetery under the direction of Mitchell Memorial Funeral Service of Crossett, AR.