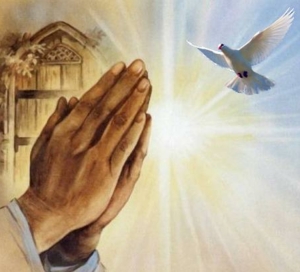 As a young child, Carl was raised in Las Vegas.  When he was 12 years of age, his family relocated to Crossett, Arkansas, where Carl attended Jr. High and High School. He was a 1984 graduate of Crossett High School.  As a young adult, Carl was married to Michelle Caldwell.  He and Michelle had two children, Carl, Jr. and Mercedes.
In Crossett, he was employed by the Georgia Pacific Plywood Mill.  About 15 years ago, he moved to Hot Springs, Arkansas where he was employed by Parks Hotel in Hot Springs and later the Convention Center in Little Rock, Arkansas, from which he retired with disability.  Following retirement, Carl volunteered his service to the Salvation Army.  Carl was a former member of Community Church of God in Christ of El Dorado, Arkansas under the leadership of Pastor Ricky Matheney.

On May 13, 2019, Carl married Lois Jean King of Hot Springs and they maintained a residence in Hot Springs   Carl Robinson was a family man.  He loved to entertain and make others laugh. Carl’s hobbies were watching all types of old movies, rock climbing, and building an exotic rock collection.  He will be missed by his family, friends, and colleagues.
Carl departed this life on Friday, December 27, 2019, at the National Park Medical Center in Hot Springs, Arkansas.

Funeral service will be held on Saturday, January 4, 2020, at 11:00 AM at the New Bethel Missionary Baptist Church in Crossett, AR.

Visitation will be held Friday, January 03, 2020, from 11 until 7 at the chapel of Mitchell Memorial.

Cremation arrangements are under the direction of Mitchell Memorial Funeral Service of Crossett, AR.

To send flowers to the family or plant a tree in memory of Carl Robinson, please visit our floral store.